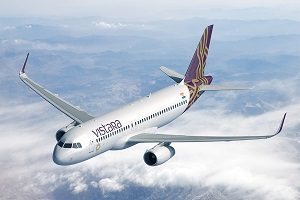 Indian carrier Vistara will fly to the Japanese capital Tokyo from New Delhi June 16 onwards. The weekly flight will depart from Delhi every Wednesday at 03:00 hrs, while the return flight will depart from Tokyo every Thursday at 17:50 hrs. The airline will fly once a week between the two capital cities under India’s travel bubble agreement with Japan. The airline will use its Boeing 787-9 Dreamliner aircraft with three-class cabin configuration to serve the route. This makes Vistara the only Indian carrier to offer the choice of flying Premium Economy class in addition to Business and Economy cabins. Vistara has also trained its cabin crew in the Japanese language to extend the warmth of true Indian hospitality to travellers from Japan. Leslie Thng, Chief Executive Officer, Vistara, said, “Far East has been an extremely important geography for our global expansion from the beginning for its tremendous growth potential. We are delighted to add Japan to our international network, under the travel bubble and  look forward to providing the best of Indian hospitality while maintaining the highest standards of safety and hygiene for our customers on this sector.” Bookings for the flights are being progressively opened on all channels, including Vistara’s website, mobile app, and through travel agents. Introductory, all-inclusive, round-trip fares between Delhi and Tokyo are as follows:   Route Economy Premium Economy Business Delhi–Tokyo-Delhi INR 45,049 INR 73,699 INR 150,399 Tokyo–Delhi-Tokyo JPY 90,099 JPY 184,699 JPY 410,999   SCHEDULE OF FLIGHTS TO AND FROM TOKYO HANEDA: Sector Flight No. Day of Operation Departure Arrival Delhi (DEL) – Tokyo Haneda (HND) UK083 Wednesday 0300 Hrs 1450 Hrs Tokyo Haneda (HND) – Delhi (DEL) UK084 Thursday 1750 Hrs 2335 …

ANA to offer full refund to pax from Chennai, Delhi and Mumbai for cancelled Tokyo flights 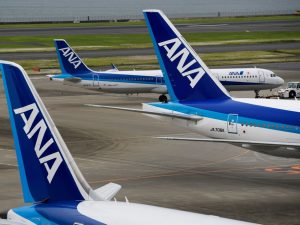 All Nippon Airways (ANA) is offering its customers with applicable tickets a full refund with no cancellation fees. The airline has announced temporary change of services on select international routes due to the Coronavirus. This includes its flights to Delhi, Mumbai and Chennai from Tokyo that stand suspended as from April 25 to May 31, 2020. The total number of affected flights to these three India routes will be 180 flights. Requests for refunds can be made up to one year and 30 days from the travel start date (or issuance date if prior to travel). The total number of affected flights by ANA during the summer schedule (March 29 to April 24) is currently at 4,071 serving 72 different routes. An official statement by the airline states, “This is further to our earlier notice of temporary flight reductions/suspensions from India to Tokyo until 24th April 2020. Due to rapidly increasing COVID-19 cases globally, we will be extending the period of flight disruptions from 25th April until 31st May, 2020. For already issued tickets, we will allow special handling, i.e change at NO-ADC or full refund on pre-set conditions. In case of reissue, tickets can be reissued for travel on/before December 31st, 2020 and it will done from Airline side.” It also mentions that a special procedure is available, if all of the following conditions are met: For itinerary from/to Japan (Except WUH/HKG/MFM and Mainland China) 1) Applicable Ticket is 205 plate. 2) Date of Issue Ticket is On/before April 8th, 2020 3) Date of Original Departure is From February 26,2020 to May 31, 2020 4) Applicable Sector is an itinerary that includes flights from/to Japan on unused sectors.

Japan-based All Nippon Airways (ANA) is planning to launch its direct daily flight from Tokyo to Chennai starting from October. Speaking on the reception of 3rd Meeting of India- Japan Tourism Council, Suman Billa, Joint Secretary, Ministry of Tourism, says, “We are focused on building the relationship between India and Japan. For this, ANA is planning to launch its operations from Tokyo to Chennai. Though this is the initial phase of discussion, but if it materialises, it will be a daily flight.” 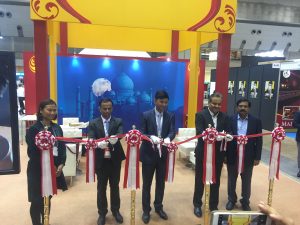 German Airlines Lufthansa has completed 55 years of operations on Delhi – Frankfurt route on September 1, 2018. In June 1963, there were three flights a week to the far east. On Mondays and Wednesdays, the routing led from Duesseldorf via Frankfurt, Rome, Cairo, Dharan, Karachi, Calcutta, Bangkok and Hong Kong to Tokyo. On Fridays, the route led from Duesseldorf via Frankfurt, Rome, Cairo, Kuwait, Karachi, Kolkata, Bangkok and Hong Kong to Tokyo. As of September in the same year, the stop in India took place in New Delhi, instead of Kolkata. The flights were operated by a Boeing 720. Nowadays, Lufthansa operates the route by a A380 that covers the distance in a bit more than 7.5 hours. Delhi has always been a key market for Lufthansa and over the years, the airline has experienced healthy growth on the route as more customers experience world-class product and services. These include state-of-the-art products and best-in-class services such as in-flight entertainment and enhanced FlyNet allowing in-flight, high-speed internet to help stay connected with business partners or family on ground. Currently, Lufthansa Group and its carriers – Lufthansa, SWISS and Brussels Airlines, offer 61 flights from four Indian gateways, namely Delhi, Mumbai, Chennai and Bengaluru connecting to 343 destinations in more than 100 countries via its four European hubs of Frankfurt, Munich, Zurich and Brussels. 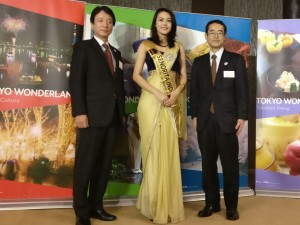 Japan crossed the 100,000 mark in Indian arrivals in 2016 and witnessed a total of 123,000 Indian visitors, informed Masahiko Sakamoto, Senior Director, Tourism Division, Bureau of Industrial and Labour Affairs at Tokyo Metropolitan Government’s first promotional activity on January 30 in New Delhi called Tokyo Wonderland. He said, “We are focusing on improving the arrival numbers from India through such promotional activities to showcase the culture and tourism products of Tokyo. 2020 is the year we host the Paralympic Games and are expecting a large inflow of tourists too.” He informed that places like Ginza and Shibuya are undergoing an infrastructure transformation and are some of the things to look forward to, apart from the cuisine, shopping, numerous nature parks and theme parks. The event showcased the city and its different attractions under five themes ‘Unique Culture’, ‘Excellent Dining’, ‘Exciting Shopping’, ‘Delightful Stay’ and ‘Comfortable Nature’ and also organised a Japanese tea ceremony for the attendees to experience.