PATA adventure travel to be held in Rishikesh from February 13-15, 2019

More than 300 foreign delegates are expected to participate in the PATA adventure travel conference, to be held in Rishikesh from February 13-15, 2019, a senior official said. PATA Adventure Travel and Responsible Tourism Conference and Mart 2019 (ATRTCM) would be hosted by the Uttarakhand Tourism Development Board. “Uttarakhand won bid this time. The travel mart is a better way of showcasing the state to international clients,” said Dilip Jawalkar, Secretary, Uttarakhand Tourism. The event, that brings together public and private sector players involved in the adventure tourism, would be held from Responding to a query on whether there was any financial bidding for hosting the event, he replied in the negative. “One has to commit tourist facilities for visiting travel agents like accommodation, transportation, site seeing, etc.” he added. This year, the conference was held in Abu Dhabi. 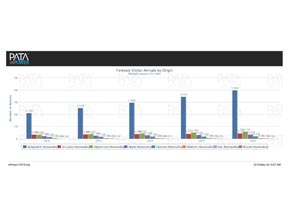 According to a recent research study by Pacific Asia Travel Association (PATA), India is set to welcome increased international visitor arrivals over the next five years with an average annual growth rate of 14.5 per cent from South Asia between 2018 and 2022. Bangladesh is anticipated to top the chart (with a 17 per cent increase) of IVAs to India, followed by Afghanistan which is forecast to transcend Sri Lanka in the growth table with an average annual increase of 14.8 per cent over the same period. Nepal closely follows, expecting a rise of 11.5 per cent annually. 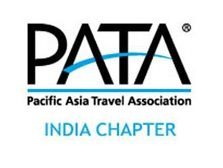 The 47th Annual General Meeting of Pacific Asia Travel Association, India Chapter and Election to the Executive Committee PATA India Chapter, for the term 2017-19, will be held on December 19, 2017 at The Claridges, New Delhi. The primary agenda of the meeting is to elect members of the Executive Committee for the period 2017-19, besides confirming minutes of the 46th AGM of PATA India Chapter, approve and adopt the audited accounts for the year 2016-17, appoint the auditors and fix their remuneration for 2017-18.

MOT gets in-principle approval to merge HRIDAY and PRASAD Scheme 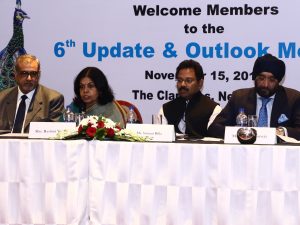 Speaking at the 6th Update & Outlook Meeting organised by PATA India and Ministry of Tourism in New Delhi, Rashmi Verma, Secretary, Ministry of Tourism, Government of India announced the merger of the HRIDYA and PRASAD Scheme with effect from the start of 2018. She said, “The Ministry of Tourism has been in talks with the Urban Development Ministry and they have been given an in-principle approval to merge the Heritage City Development and Augmentation Yojana (HRIDAY) with the Pilgrimage Rejuvenation and Spiritual Augmentation Drive (PRASAD) Scheme. The merger will help augment a greater synergy between the rural and urban spiritual sites like temple, church, mosque, etc thereby, providing a holistic development of these sites and an increase in the funding for the scheme.” Verma highlighted the great acceleration that tourism sector has witnessed in India. The platform was also used to reveal various initiatives by the Ministry of Tourism to propel and sustain the growth hence achieved. She also highlighted the shift in strategy of the ministry with regards to marketing campaigns from print and electronic mediums onto social platforms. 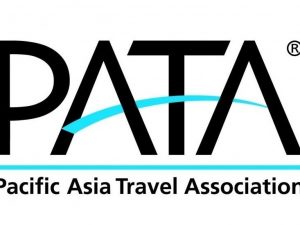 Pacific Asia Travel Association (PATA) has announced the 41st PATA Travel Mart at Langkawi, Malaysia, from September 12-14, 2018. This event has been held at a variety of venues across Asia Pacific bringing global tourism to the doorstep of a new country every year. Langkawi promises to be a very interesting destination located in the heart of Asia. PATA India Chapter has been officially appointed as the nodal office for all PATA events. PATA Travel Mart has successfully attracted international buyers and sellers to a common platform year on year. It is amongst the few international travel and tourism marts where buyers and sellers meet with pre-arranged appointments, making the event extremely productive and mutually beneficial. In 2017, PTM recorded 293 hosted buyers while delegates from 281 organisations and 51 source markets attended the mart. Out of these delegates, 32 per cent belonged to Northeast Asia; 29 per cent to Europe; 13 per cent to Southeast Asia; 10 per cent to North America; 7 per cent to South Asia; 5 per cent to the Pacific while 4 per cent where from other regions. 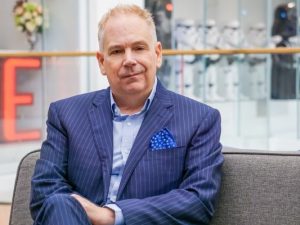 The Executive Board of the Pacific Asia Travel Association (PATA) has extended the contract of Chief Executive Officer Dr. Mario Hardy for a period of three years commencing January 1, 2018. Dr Hardy said, “I am delighted to have an opportunity to work with our outstanding management team in building upon the PATA successes of the past three years. We still face many challenges as a membership organisation but our determination to add value to the many benefits of PATA membership is being recognised in the public and private sectors. We shall continue with our primary mission of promoting sustainable and responsibly tourism development throughout the world as we encourage travel to, from and within the Asia Pacific region.” Mario Hardy joined PATA in 2012 as Chief Operating Officer and was appointed Chief Executive Officer on November 1, 2014. He is a past Chairman of the Board of Trustees of the PATA Foundation, a non-profit organisation with a focus on the protection of the environment, the conservation of culture and heritage, and support for education. He worked for 26 years in specialised aviation businesses with a focus upon data analytics and technology, occupying leadership roles in Montreal, Vancouver, London, Beijing and Singapore. In 2016, he received an honorary Doctorate of Letters from Capilano University for his philanthropic work in Cambodia where he helped develop a school for underprivileged children and for his support in the development of a Community Based Tourism (CBT) project in Vietnam. In January 2017 Mario Hardy graduated from the Singularity University, Executive Program on the subject of Exponential Technologies. PATA Chairperson Sarah Mathews said, “I am delighted that Mario has agreed to continue as our Chief … 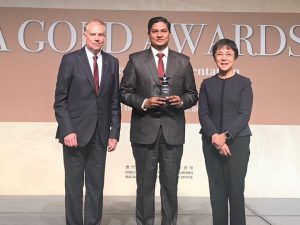 Department of Tourism, Government of Kerala won the prestigious Pacific Asia Travel Association Grand and Gold Award 2017 for the Film Tourism Brochure in Marketing Media – Consumer Travel Brochure category. P Bala Kiran, IAS, Director, Department of Tourism, Government of Kerala received the award at the 32nd edition of the PATA Awards as the committee recognised its marketing strategy, which boosted Kerala as a must-visit destination. The PATA awards were presented to the best entries in four categories – Marketing, Education and Training, Environment and Heritage and Culture. PATA had received 220 entries from 77 organisations and individuals from different corners of the world for the category that Kerala Tourism bagged the honours. After receiving the award, Bala Kiran said, “The award has given us the opportunity to showcase the picturesque locations to a global audience that Kerala has to offer. Picturesque backwaters, pristine beaches, dreamy hill stations & exotic wildlife are the key attractions to shoot any form of media. This award is a testimony of the innovative marketing initiatives and promotional activities undertaken by the tourism department of Kerala.” “Film tourism also contribute to the overall economic development of the respective destination through income generation, investment, job creation, etc. We at Kerala Tourism are committed towards promoting tourism in a responsible manner,” he concluded. 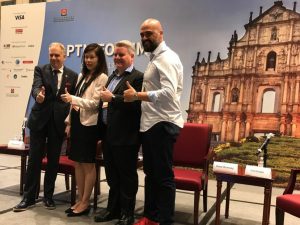 The 40th edition of PATA Travel Mart 2017 (PTM 2017) kicked off with ‘Travolution Forum Asia: Redefining Travel Experience’ at The Parisian Macao. Dr. Mario Hardy, CEO, PATA, moderated a session on ‘The Importance of Reviews and Personalised Marketing’ at PTM 2017. The Mart will be held in Macao SAR from September 13-15 and is being hosted by the Macao Government Tourism Office (MGTO). PTM mobilises a relevant contingent of travel trade stakeholders from the Asia Pacific region and around the world and provides a first-hand update about the significant developments in Macao. Last PTM in Macao was held in 2010. Langkawi is the venue for PATA Travel Mart 2018 (PTM 2018) with this signature Pacific Asia Travel Association (PATA) event being hosted by Tourism Malaysia and Langkawi Development Authority.

India has bagged awards in three categories at the PATA Gold Awards 2017 scheduled to take place in Macao SAR on September 15 during PATA Travel Mart 2017. The Ministry of Tourism, Govt. of India will be honoured under the Marketing Media – Travel Advertisement Print Media category for its Go Beyond project, while Kerala Tourism has secured an award for Marketing Media – Consumer Travel Brochure on Film Tourism. Travel provider Cox & Kings is the other winner for its Social Media marketing project Forever Young. Dr. Mario Hardy, CEO, PATA, said, “On behalf of PATA, I would like to extend our warmest congratulations to all 2017 Grand and Gold Award winners. This is no better time and place to celebrate their accomplishments, than this International Year for Sustainable Tourism for Development in Macao SAR during the 40th Anniversary of PATA Travel Mart. I look forward to celebrating this year’s winners who represent the values of the Association in working towards a more responsible travel and tourism industry in the Asia Pacific region.”

Finnair, the flagship carrier for Finland, has joined the Pacific Asia Travel Association (PATA). Dr. Mario Hardy, CEO, PATA said, “We are extremely pleased to welcome Finnair to the PATA family as our newest aviation member and the first Nordic airline to join in recent years. The airline is not only a leader in sustainable practices but also in pioneering new technologies such as testing face recognition technology for use by travellers when checking in for flights departing from Helsinki airport.” “Finnair is proud to join PATA, as Finnair’s growth strategy is strongly linked to the Asia & Pacific region. We want to further develop our business and intensify the ties between us and important local tourism authorities, associations and regional/local companies,” states Juha Jarvinen, Chief Commercial Officer and Executive Board Member at Finnair.