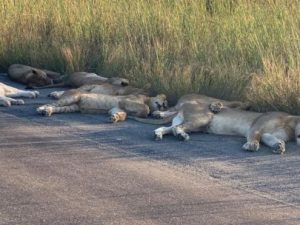 Lions in South Africa’s Kruger National Park have been taking advantage of the lockdown. A pride was seen sleeping on a road which would normally be busy with tourists. Kruger, like other wildlife parks, has been shut since 25 March. 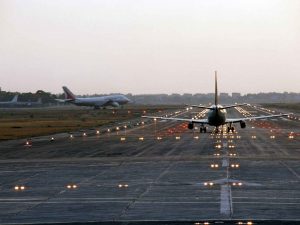 Three big trade bodies got on a joint call recently with MoCA along with five Indian and international airlines to discuss travel agent woes and underline urgent issues specially the deposits put in by agents into the low-cost airlines, which effectively is the agent’s advance. On call were representatives of Federation of Associations in Indian Tourism & Hospitality (FAITH), Travel Agents Federation of India (TAFI), Travel Agents Association Of India (TAAI) speaking with Pradeep Singh Kharola, Secretary of Aviation, MoCA. The airlines that were part of the call included representatives of Indigo, SpiceJet, Vistara, GoAir, AirAsia. Kharola gave both parties a platform to present their urgent issues. Consequent to the discussion, he strongly requested the airlines to look into the issues presented by the agents, and to revert within a short span of time with a solution. MoCA has also requested the airlines to come back within in 24 hours on the agent money in Float accounts as advance to be refunded in cash of group deposits and cancellations. MoCA also requested the airlines to co-operate. Rajat Bagaria, Joint Secretary, TAFI National, who was part of the call says, “We had already started booking seats from April 15 onwards as they were very urgent cases like people wanting to return home. One client’s father had passed away in Kolkata so he had to take the first flight out even though he could not attend the funeral. There are so many reasons why people have to go back including maternity issues.”

Korea Tourism Organization invites members of the trade to sign up for its webinar that will be conducted at 3pm today. This online seminar will showcase South Korea as a tourist destination, highlighting student travel from India. It will also cover some basic information and throw light on the popular places that are perfect for not just FIT and leisure segments but students as well. Participants will also be able to get ideas on how to create a better South Korea tour product. Jong Sool Kwon, Director – Korea Tourism Organization, New Delhi office, says, “The idea behind initiating these webinars is to take the opportunity of this slow business period and enhance the product knowledge of the travel agents about South Korea. As soon as the market revives from this slowdown, the travel agents will be well prepared to propose a new destination to their clients and South Korea will be the first choice for them.” For more information registration, contact Jaspreet Kaur on 9650196532 or jaspreet.kaur@ddppl.com.

Maharashtra Govt hikes bar license fee by 15%; associations appeal for its roll back 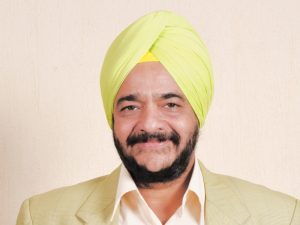 Maharashtra Govt. had earlier in March announced a hike of 15% on the renewal of excise license for the year 2020-21. All three major trade bodies of F&B- The Hotel and Restaurant Association of Western India (HRAWI), the National Restaurant Association of India (NRAI) and the Indian Hotel and Restaurant Association (AHAR) believe that the move by the Government is equivalent to penalizing a business for non-timely payment of a fee during the worst crisis that mankind has ever faced in last hundred years. There is ZERO cash flow during the lockdown as the industry stands firmly with the nation in its fight against the global pandemic, the COVID-19.

The International Air Transport Association (IATA) released updated analysis showing that the COVID-19 crisis will see airline passenger revenues drop by $314 billion in 2020, a 55% decline compared to 2019. On 24 March IATA estimated $252 billion in lost revenues (-44% vs. 2019) in a scenario with severe travel restrictions lasting three months. Alexandre de Juniac, IATA’s Director General and CEO, says, “The industry’s outlook grows darker by the day. The scale of the crisis makes a sharp V-shaped recovery unlikely. Realistically, it will be a U-shaped recovery with domestic travel coming back faster than the international market. We could see more than half of passenger revenues disappear. That would be a $314 billion hit. Several governments have stepped up with new or expanded financial relief measures but the  situation remains critical. Airlines could burn through $61 billion of cash reserves in the second quarter alone. That puts at risk 25 million jobs dependent on aviation. And without urgent relief, many airlines will not survive to lead the economic recovery.”

Singapore pumps in more than US$33 billion into its tourism, aviation sectors 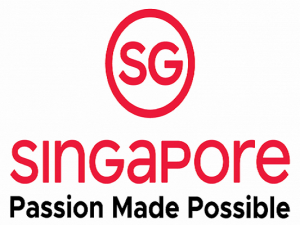 Singapore has recently announced massive financial support for specific sectors that have been badly hit by the COVID-19 outbreak, including the aviation, tourism, land transport and arts and culture industries under its Resilience Budget. This was revealed by GB Srithar, Regional Director (India, Middle East and South Asia), Singapore Tourism Board, during the first-ever TravTalk Digital Conclave. Singapore’s Deputy Prime Minister Heng Swee Keat announced more than SG$ 48 billion (approx. US$ 33.7 billion) in different areas related to tourism. The aviation sector alone will get SG$ 350 million of additional support. Sridhar was part of the second session that focussed on present circumstances and possible future for tourism. About SG$ 90 million has been set aside to help the tourism industry rebound. A separate SG$ 55 million support package has been allocated to sustain and revive the arts and culture sector. The fund will also include Point-to-Point Support Package for taxi and private hire car drivers, who will receive the Special Relief Fund payments of SG$ 300 per vehicle per month until the end of September 2020. The government will also offer one-year road tax rebate and six-month waiver of parking charges at government-managed parking facilities for private bus owners. 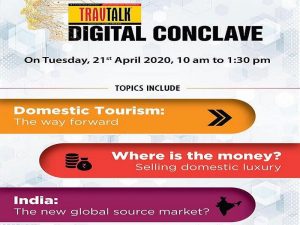 Continuing its legacy to take knowledge sharing to a new level, TravTalk India has announced the second edition of its Digital Conclave which is scheduled to take place on, Tuesday, 21st April from 10 am to 1:30 pm. The first-of-its-kind virtual tourism conclave will have eminent speakers from the industry. This time, three different sessions will cover topic such as Domestic Tourism: The way forward, Where is the money: Selling domestic luxury and India: The new global source market? For more details, contact Jaspreet Kaur on 9650196532 and jaspreet.kaur@ddppl.com. The speakers include Ashwini Lohani, APTDC; PP Khanna, ADTOI; Kerrie Hannaford, Accor; Arjun Sharma, Select Group; Ankur Bhatia, Bird Group; Sanjay Kumar, IndiGo; Vinay Malhotra, VFS Global; Sandeep Dwivedi, ITQ and KD Singh, TravelBullz. 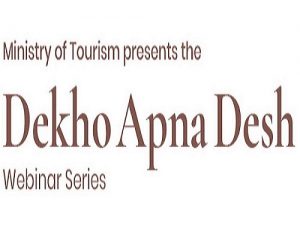 Promoting tourism awareness and social history, the Ministry of Tourism has launched its ‘Dekho Apna Desh’ webinar series to provide information on the many destinations of the country and share the sheer depth and expanse of the culture and heritage of our Incredible India. The first webinar, which was part of a series that shall unfold, touched upon the long history of Delhi as it has unfolded as 8 cities, each unique in its character and leaving behind traces which makes Delhi the magnificent city that it is today. The seminar was titled ” City of Cities- Delhi’s Personal Diary’. The next webinar is on the 16th of April from 11 am to 12 noon and based on the amazing city of Kolkata. The core of the session-based itself on tourism awareness and social history. Laced with interesting anecdotes the session which was conducted by the India city walks for Ministry of Tourism, had enthusiastic participation with 5546 persons registering and many interesting questions were raised which depict the interest of the participants. The webinar shall be available in public domain soon and so if you missed it then do see it on the official links of the Ministry’s social media handles- IncredibleIndia on Instagram and Facebook. Rupinder Brar, ADG, MOT mentioned that the series of webinars shall be an on-going feature and the Ministry would work towards showcasing Incredible India. She requested that stakeholders should work with MOT to build positive messaging for the promotion of domestic tourism so that people are encouraged to travel as soon as the country has COVID 19 behind it. 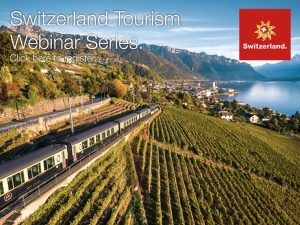 Switzerland Tourism invites the trade to participate in its webinar titled ‘From the James Bond Mountain to the shores of Lake Geneva Region’ to be hosted today at 3:00 pm. One of the best 360-degree views of the Swiss skyline can be witnessed on top of the James Bon Mountain, Schilthorn. From the central Swiss Alps, travellers can then make their way to the French-speaking Lake Geneva Region on board the famous GoldenPass Panorama Train. Located on the shores of Lake Geneva, the region is surrounded by mountains and vineyards and provides numerous activities and excursion possibilities. This webinar will provide the trade with the latest information and updates about Schilthorn Cableway and the Lake Geneva Region. Travel partners who attend all the webinars stand a chance of winning a trip to Switzerland. For more information, please contact Jaspreet Kaur on 9650196532 or jaspreet.kaur@ddppl.com. 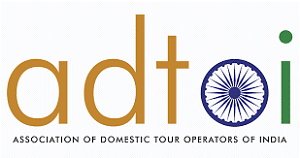 Association of Domestic Tour Operators of India (ADTOI) recently held its individual meeting with its all 11 chapter over zoom, where they discussed on relief packages and members expectation from government and way forward, it was revealed in a statement by the association. “ADTOI held its LEO exclusive meet over zoom headed by chairperson Ekta Watts. Also, ADTOI is now on TWITTER and can be tagged @ADTOIconnect,” the statement read. In addition, they will also launch their webinar series. “We will start with West Bengal & Madhya Pradesh as its first two destinations. Details for the same will follow. We strongly believe in developing business within ADTOI family and to support each other in these difficult times,” it said.